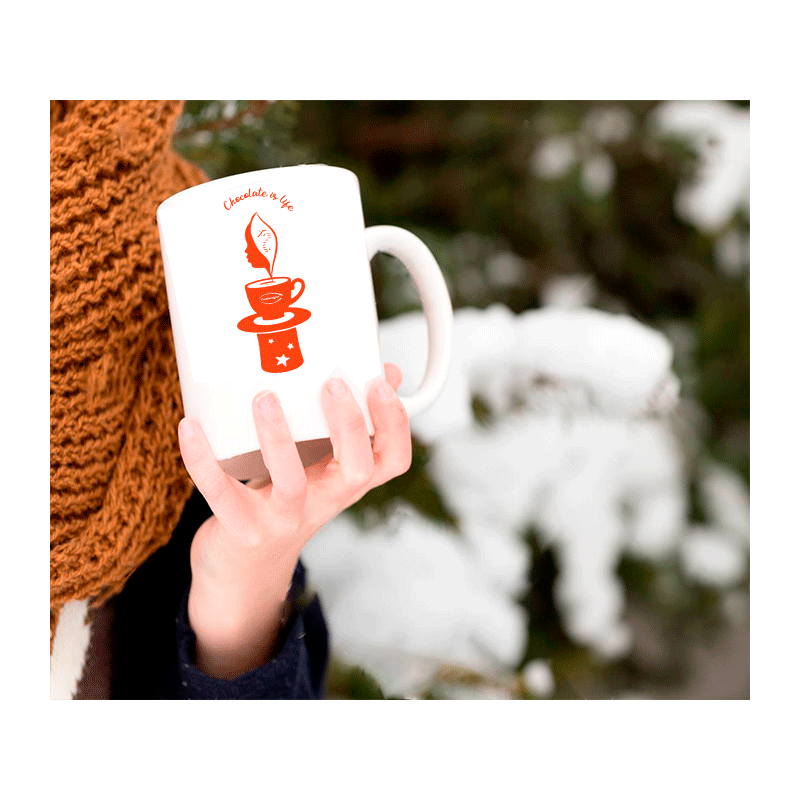 *Start your day with a can-do attitude when you slurp your morning tea from this white ceramic Challengior mug. You can choose the color of the customization of your white mug printed with ORGANIC inks. This mug makes the perfect gift for any Challengior fan.

*CHALLENGIOR is a stylish French brand, with original and innovative designs imagined and printed in France, wishing to highlight the French know-how and creativity.

*Tea likely originated in the Yunnan region during the Shang dynasty as a medicinal drink. Drinking tea became popular in Britain during the 17th century. The British introduced tea production to India in order to compete with the Chinese monopoly on tea.

*Coffee has a stimulating effect in humans, primarily due to its caffeine content. It is one of the most popular drinks in the world.

*Fermented beverages made from chocolate date back to 450 BC. After its arrival to Europe in the sixteenth century, sugar was added to it and it became popular throughout society. In the 20th century, chocolate was considered essential in the rations of United States soldiers during war.